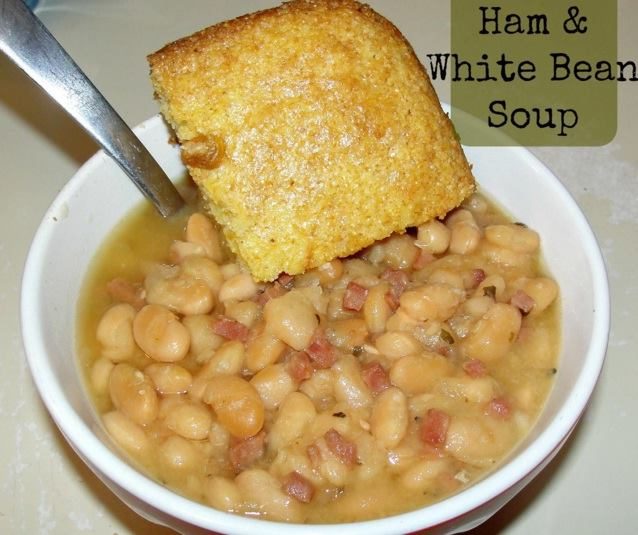 This is the last recipe from our Christmas ham. I always look forward to finishing off the ham with a nice big bowl of white beans and a slice of cornbread. This recipe is super simple. It uses a pound of dried beans and simmers all day in the crockpot with a big ham bone. The Honey Baked Ham store sells ham bones year-round (found that out on twitter). If you don’t have a ham bone, use some ham shanks, ham hocks or just some chopped up ham. I love the creaminess of white beans combined with the saltiness of the ham. This is comfort food at its best!

How to make it:

Rinse and sort the beans for any pebbles. Add the the rinsed beans, onion powder, salt, pepper, and ham to the crock pot. Add water. Cover and cook on low about 8 hours, until beans are tender. Remove ham bone, shanks or hocks and pull off the meat. Add meat to the crock pot and mix. Serve with cornbread.