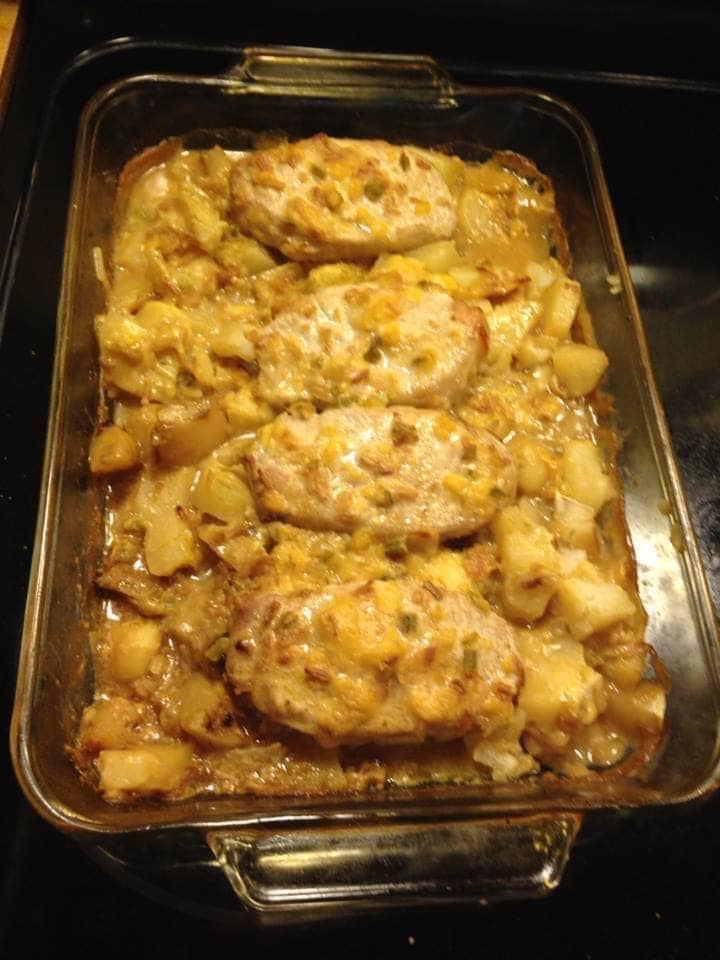 There’s something special about pork chop supreme. It’s a dish that always seems to hit the spot, no matter what. Some people say that it’s the sauce that makes it so good. Others insist that it’s the perfect combination of spices that gives the dish its unique flavor. But everyone can agree on one thing: pork chop supreme is delicious! It’s no wonder, then, that this dish has become such a popular staple in homes all across the country. Everyone loves to gather around the dinner table and enjoy a plate of pork chop supreme. So what are you waiting for? Grab yourself a pork chop and get cooking! You won’t regret it!

Preheat the oven to 350 degrees.
Season both sides of the pork chops with salt and pepper to taste.
Heat the olive oil in a skillet over medium high heat.
Add the pork chops to the heated skillet and brown on both sides. Remove, and set aside.
Layer the sliced potatoes on the bottom of a 9×13 baking dish.
Place the browned pork chops on top of the potatoes.
In a bowl, combine the milk, French onion soup mix and cream of onion soup.
Pour the soup mixture over the pork chops and potatoes.
Bake for 1 hour. Let cool slightly before serving.