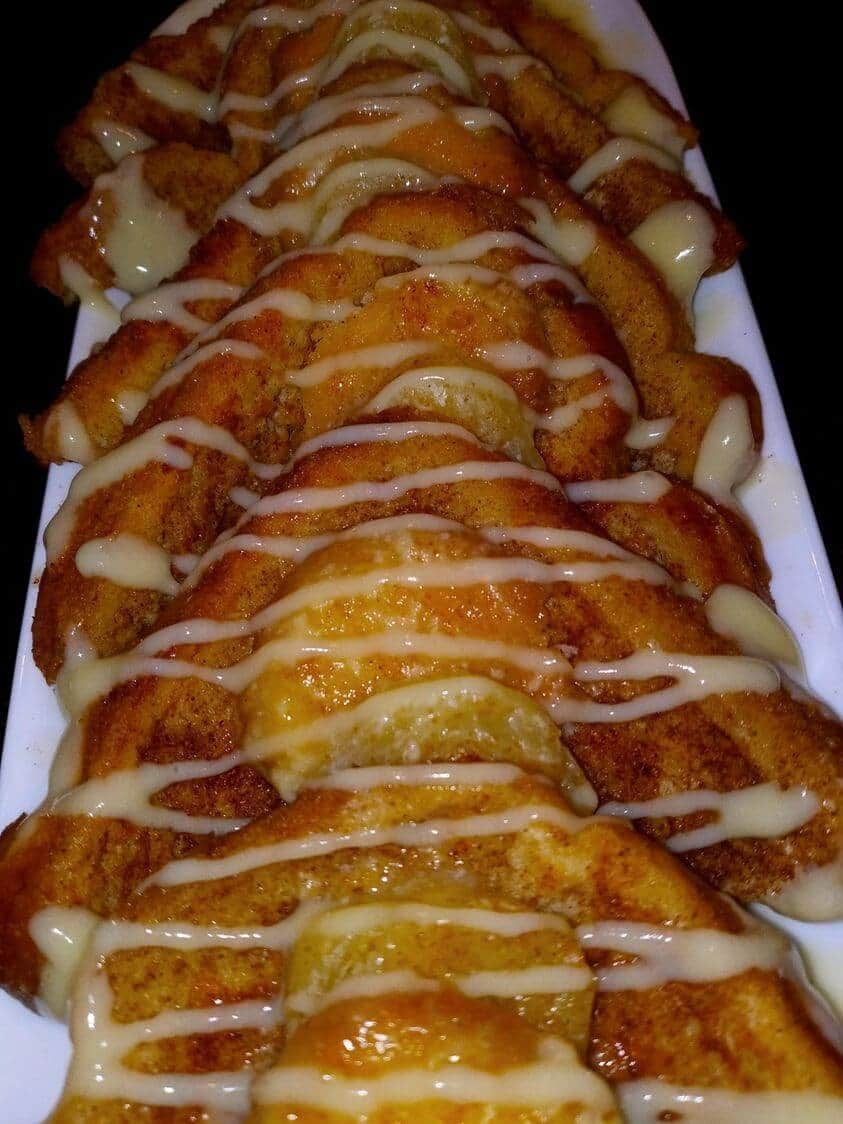 I didn’t know that was even a thing until it appeared on the specials menu at my favorite breakfast restaurant, Le Peep! Of course, I was game to try it, and let me tell you, that was an AMAZING life choice! The only problem was that once I had it, I had a serious craving for it for several weeks afterward! Le Peep’s specials are on what appears to be a perpetually rotating schedule of unlimited new dishes, so I knew it would be a while before that deliciousness would be back on the menu. With that kind of craving, I knew I wouldn’t be able to hold out until it made its reappearance, so I decided to whip some up myself! Y’know, for survival purposes! 😉 And once you’ve had this banana pudding French toast, you’ll definitely understand how addictive it is!

So let’s get started! There’s banana pudding French toast to be had! 😀