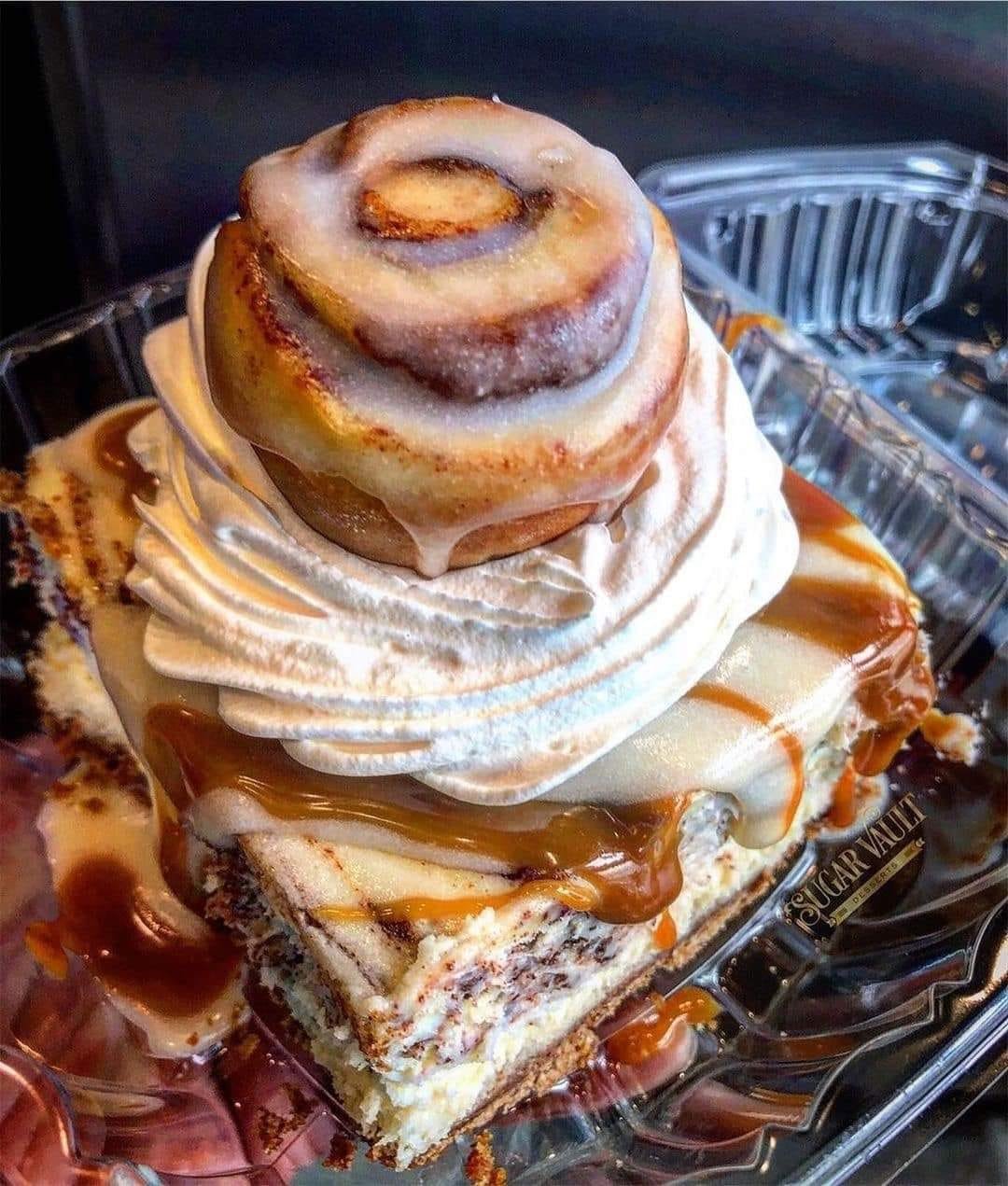 In my head, I’ve been plotting and planning different cinnamon roll-esque recipes to share with you guys. One was the recipe for these Cinnamon Roll Cheesecake Bars, the ones you see here. The other was for a cinnamon roll bundt cake which, it turns out, defied all laws of gravity and stayed inside the confines of the pan forever and ever.

I literally had to chisel it out with a knife and a spatula, contorting the pan around my body in ways no pan should be contorted, until it finally released and the bottom half plopped onto the counter all lame-like and pathetic.

Preheat the oven to 325 degrees F. Line an 8×8 pan with foil, extending the sides of the foil over the edges of the pan. Spray the foil with cooking spray; set aside.

In a medium bowl, stir together the cinnamon graham crumbs, melted butter, and brown sugar together until completely moistened. Press the mixture evenly along the bottom of the pan and bake for approx. 10-12 minutes or until golden. Remove from the oven but keep the oven on.

While the crust bakes, prepare your cheesecake. In the bowl of a stand mixer, cream together the cream cheese and sugar until fluffy, about 1 minute. Add in the eggs, one at a time, beating well after each addition, followed by the vanilla. Lastly, beat in the sour cream. Set mixture aside.

Bake for approx. 35-40 minutes or until cheesecake is set and the center is just a little jiggly. Cool completely, then refrigerate for at least 2 hours before serving.