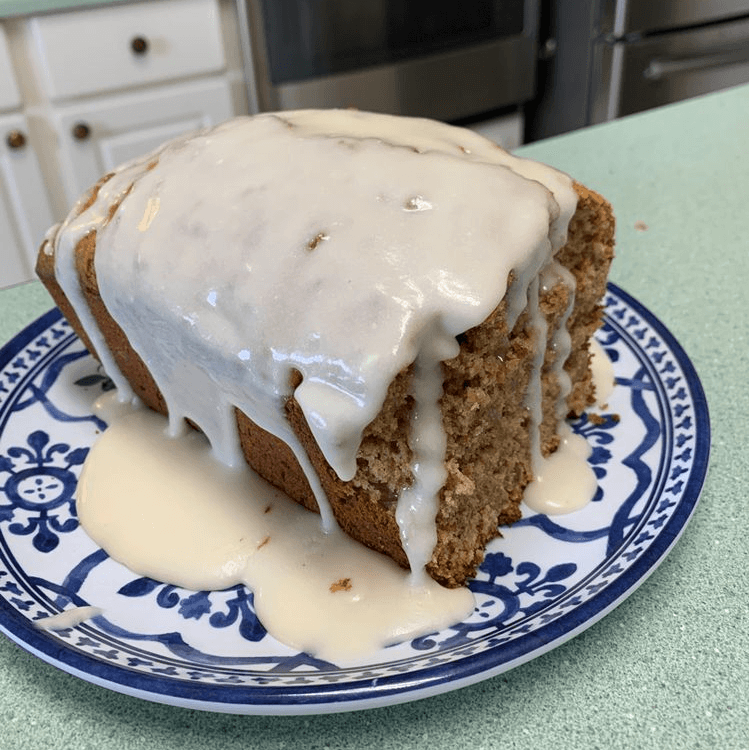 Applesauce Cake with Cinnamon Cream Cheese Frosting is a simple recipe for a sweet, tender and incredibly moist homemade cake made from scratch with ingredients you already have in your pantry. Growing up, it’s safe to say that we were a dessert family.
One of the desserts that my mother often made, and which was also one of my grandmother’s favourites, was this applesauce cake. They both prepared it in a 9 x 13 aluminum pan with a lid, and with the sound of the lid I could hear a mile away.
Most families have one or two cakes like this, which are made entirely from pantry staples and instantly remind them of home. For me, it’s that cake. Although I especially like chocolate cake, it’s the cake that takes me right back to childhood in my grandmother’s kitchen.

WHAT IS APPLESAUCE CAKE?

I don’t know exactly what is the origin of our cake recipe. Many people are familiar with Amish applesauce cake, and it is a common dessert found for sale at the local farmers’ market.Some recipes use molasses or one or two tablespoons of cocoa powder, shortening, oil or butter, but all use applesauce. Most are topped with varying amounts of nuts/pecans and/or raisins. It can be topped with a spicy cinnamon curd glaze, brown butter glaze, vanilla ice cream, etc. or simply powdered sugar!
I’m sure our version comes from a newspaper somewhere over the years, and was written in my grandmother’s pretty cursive on a 3 x 5 card that has yellowed and browned over time.

Mix all cake ingredients, except raisins and pecans, in a bowl. Beat on low speed, scraping bowl often, until ingredients are moistened. Beat on high speed, scraping bowl often, until smooth. Stir in raisins and 1/2 cup pecans. Pour into greased 9×13 pan. Bake at 350 for 35-40 minutes.
Icing
Melt 1/3 cup butter in a saucepan over medium heat. Continue cooking, stirring constantly and watching closely, for 4 to 6 minutes or until butter just begins to brown. Remove from heat. Let cool completely. Combine browned butter, powdered sugar and 1 1/2 teaspoons vanilla in a bowl. Beat on medium speed, gradually adding milk; beat until glaze is smooth and spreadable. Frost cooled cake. Sprinkle with 1/4 cup pecans if desired.