Iread an funny article in local paper the other day that said, “The Way You Eat Your Oreo Says Something About You.” According to a survey of over 2000 Oreo lovers, psychologists, and food writers apparently there are three types of Oreo lovers.

Dunkers tend to be energetic, adventurous, and extremely social. 87% of dunkers say milk is their liquid of choice for dunking. Twisters — tend to be emotional, sensitive, artistic, and trendy. Biters are easy going, self-confident, and optimistic. The survey also discovered that more women tend to be dunkers while men tend to be biters. And, Democrats tend to twist, Republicans tend to dunk!

Instructions
Process oreos in a food processor until in chunky, but small crumbs. Or you can do this by putting them in a ziptop bag and crushing them with a rolling pin. Set aside 1 cup of crumbs for the topping. You can leave the oreos for the top more coarsely chopped than the ones you are using for the crust.
In a medium bowl stir together the remaining cookie crumbs and the melted butter. Press into the bottom of a 9×13-inch pan. Refrigerate while you make the next layer.
Use an electric mixer to beat the cream cheese until smooth. Beat in the sugar.
Fold in 1 container of Cool Whip. Spread over oreo crust.
In a large bowl, whisk together pudding mix and milk until smooth and starting to thicken.
Pour over cream cheese layer.
Refrigerate until firm.
Spread remaining Cool Whip on top and sprinkle with the set aside oreo crumbs.
Refrigerate for at least 4 hours.
Cut into squares and serve. 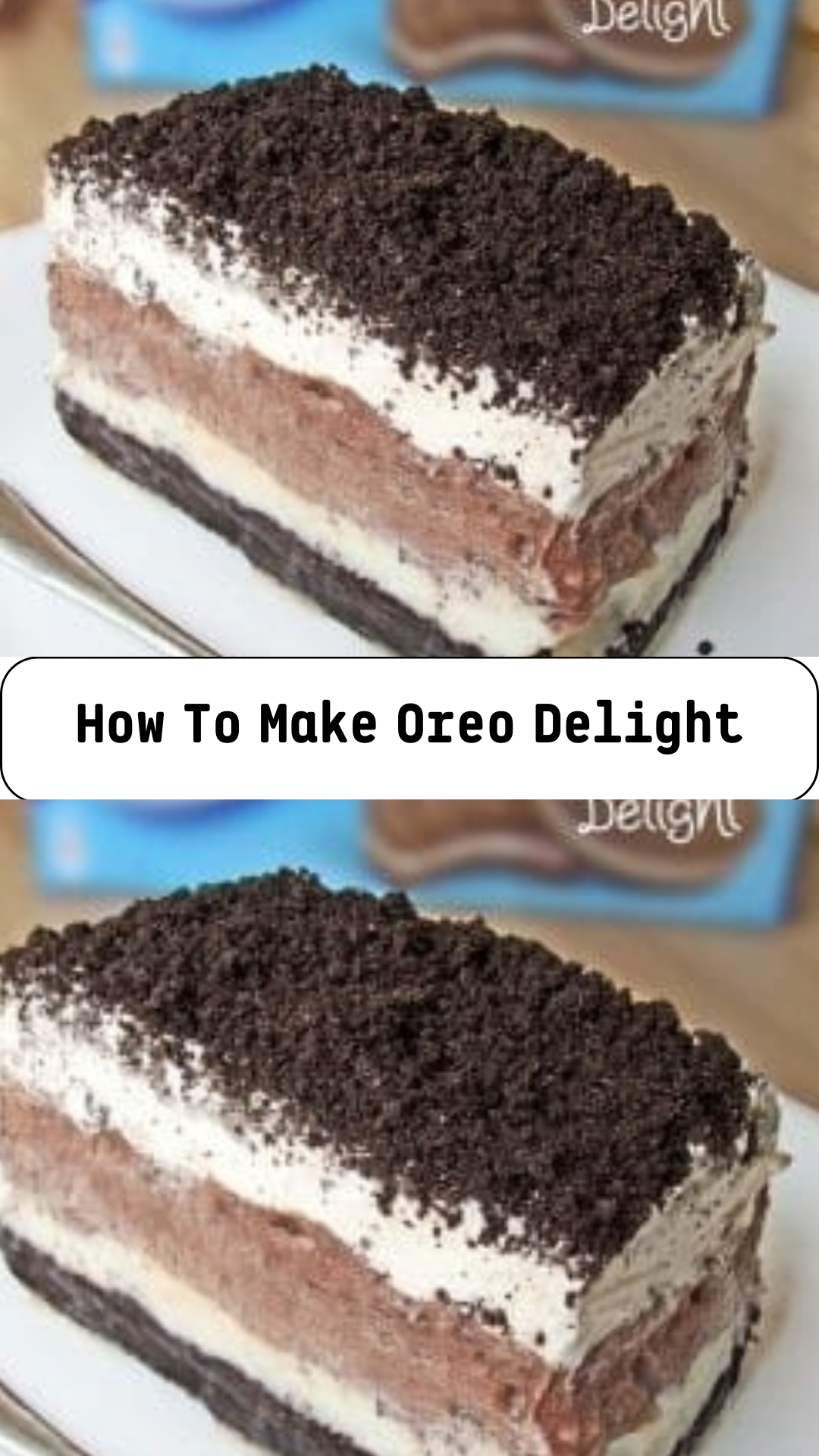