Butterscotch Lush, also known as Butterscotch Delight, is a 4-layer dessert of graham cracker crust, cream cheese, pudding, and whipped cream. Topped with butterscotch and chocolate shavings.
My best friend had been telling me about a chocolate lush her family would make at family gatherings for a few months. It’s also sometimes called “Butterscotch Delight.”

The other night we were together, and rummaging through my pantry looking for a fun recipe to make. I found a couple of packages of butterscotch pudding. They were calling my name. Butterscotch pudding is my favorite pudding flavor. It’s so rich and creamy. This amazing layered dessert was everything I was hoping it would be, and more. I had tasted each layer, licking the bowl, while making it, and they each were divine. I knew the recipe was going to be magical.

Simple and easy ! My whole family loves this recipe so much. If it were for them, I’d be making this every day! Give it a shot, you’ll love it!To Make this Recipe You’ Will Need the following ingredients: 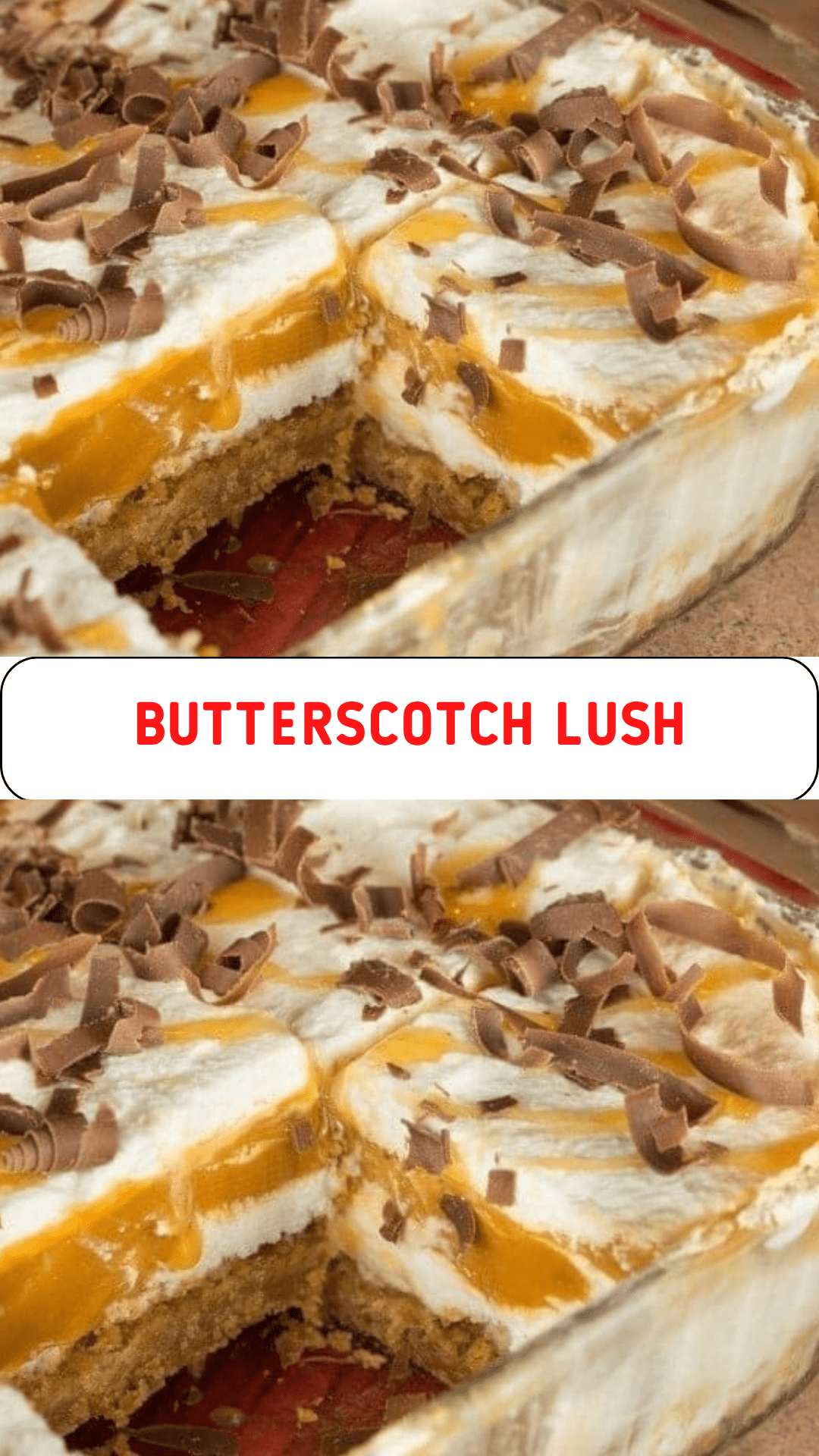