I’m excited about this bread for a few reasons. First, I didn’t think I liked anything with baked apple (it’s a texture thing), but I’m trying to be an adult and try new things.
Last week we were at a cider mill and my mom bought a loaf of their apple bread. I tried it and actually liked it. Enough that I wanted to try to recreate it which leads to the second reason why I’m excited about it. I think I did a pretty good job recreating it! I did some research and came up with this recipe that I think is really, really good.

Preheat oven to 350 degrees. Grease and flour a 9 x 5-inch loaf pan. Mix brown sugar and cinnamon together in a bowl and set aside.
Beat white sugar and butter together in a bowl using an electric mixer until smooth and creamy. Beat in eggs, 1 at a time, until incorporated; add vanilla extract.
Combine flour and baking powder together in another bowl; stir into creamed butter mixture.
Mix milk into batter until smooth. Pour half the batter into the prepared loaf pan. Next add half the apples and half the brown sugar cinnamon mixture. Lightly pat apple mixture into batter.
Pour the remaining batter over apple layer; top with remaining apples and add more brown sugar/cinnamon mixture. Lightly pat apples into batter; swirl brown sugar mixture through apples using a finger or spoon.
Bake in the preheated oven until a toothpick inserted in the center of the loaf comes out clean, 30 to 40 minutes. 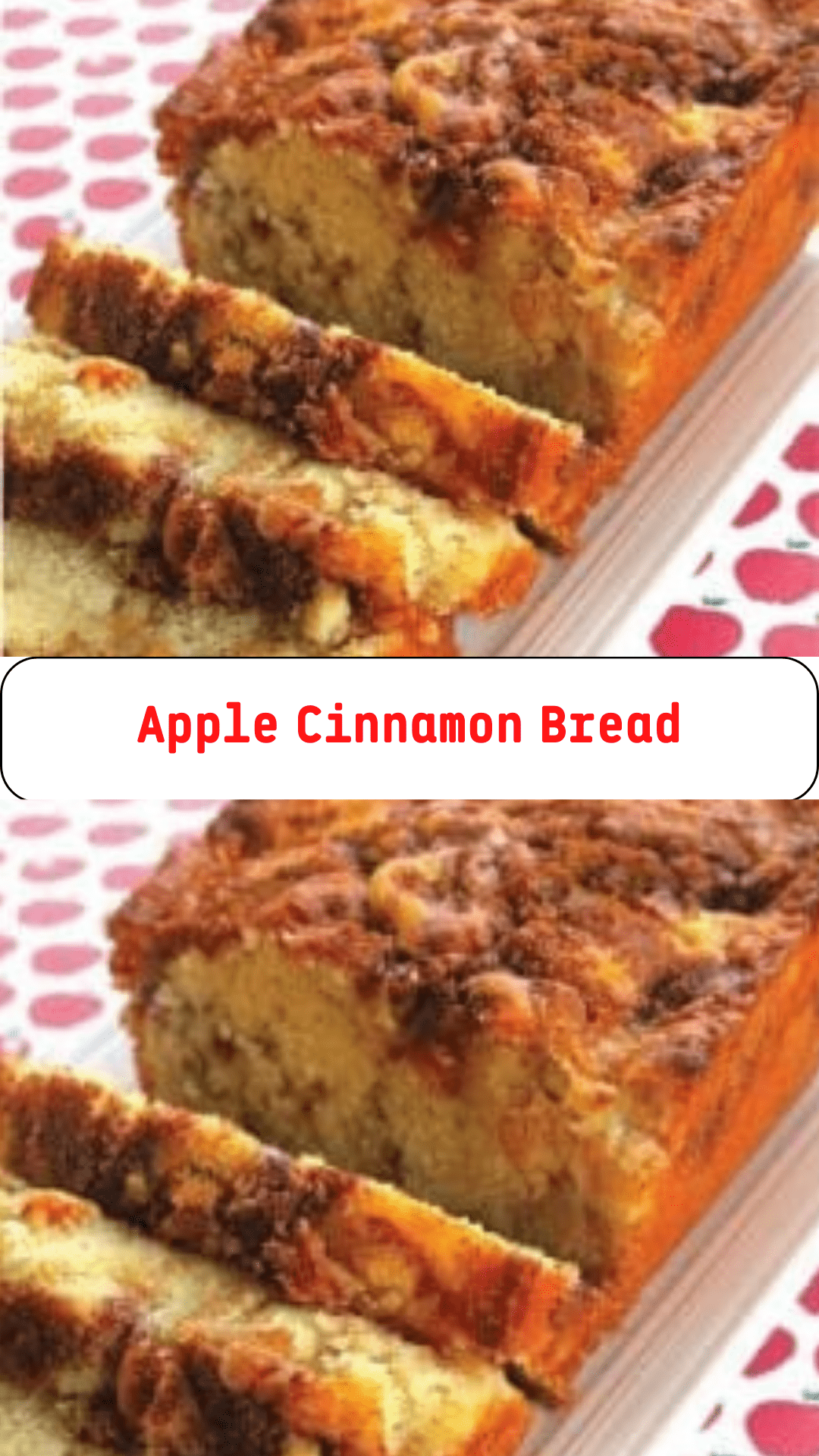