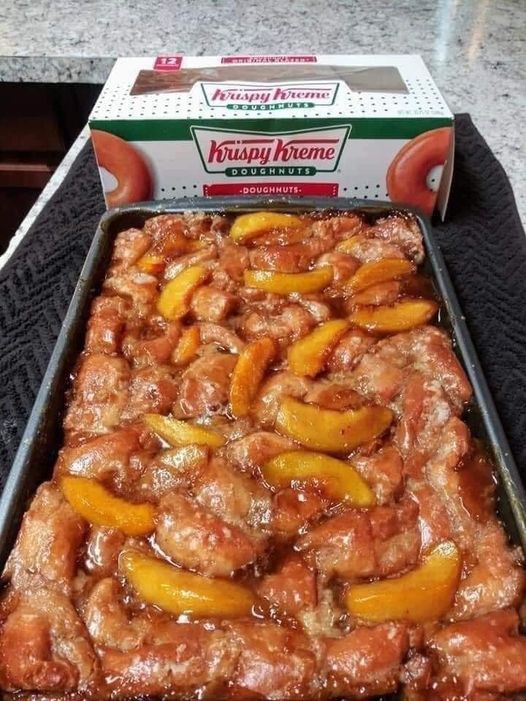 This is almost identical to Paula Deen’s “Krispy Kreme Bread Pudding” recipe. Not that there’s anything wrong with that! I love the name and I like the bread and pastry pudding even more.
This was great and so easy! I took it to a place where they can take it and everyone loved it! I increased the peaches by a third because I didn’t have enough fruit for myself. I have to say I didn’t use Krispie’s cream doughnuts, I thought it would be too much. It did, but it was almost too sweet!
Super! I cut the recipe in half and it was enough. It tasted like a peach doughnut! I think there’s a mistake in the recipe. If you follow the recipe for the icing as written, it never reaches the consistency of a spread. You have to add milk to dilute it. But this recipe was incredibly delicious and I can’t wait to make it for my next meal!

1 ) Start by putting 2 bags of peach slices, half a cup of brown sugar, half cup of stick of land O’lake butter, cinnamon and a pinch of nutmeg.
2 ) Cook it over medium heat for about 10 minutes.
3 ) Mix 2 tablespoons of corn starch and a little bit of water, add it to the peaches mixture to thicken the sauce.
4 ) In a mixing bowl, use a cup of heavy whipping cream, a cup of carnation milk, 2 eggs, 1/4 brown sugar, and cinnamon then mix together.
5 ) Cut 2 boxes of Krispy Kreme doughnuts up, and put them in custard mixture for 5 minutes to soak it up. Transfer your cooked peaches cobbler to a baking pan, then put on the soaked doughnuts and do not pour the custard mixture in. (You can spread some extra peaches over the doughnuts if you want to)
6 ) Let it cook in the oven for about 20min at 250 degrees, and ENJOY it 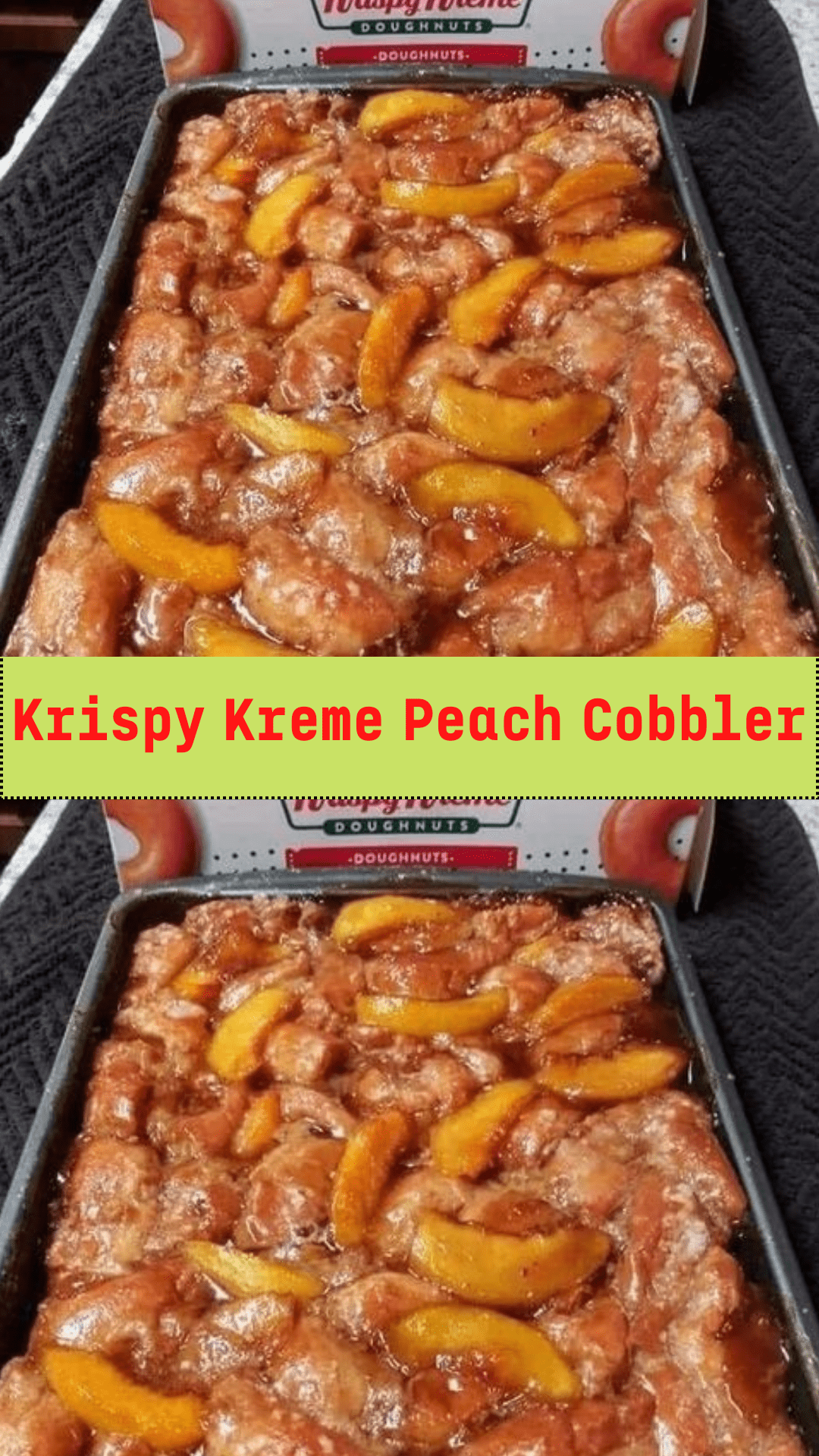